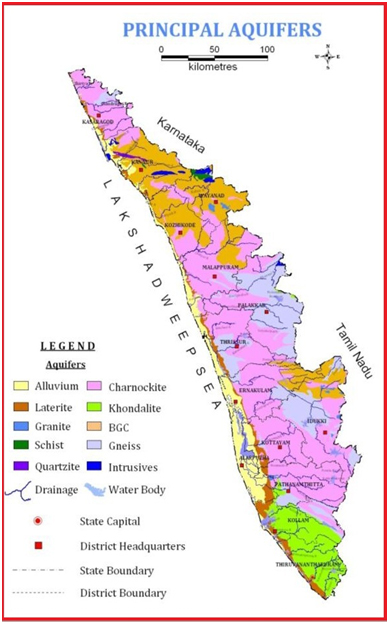 “Ground Water” means the water which exist below the surface of the ground at any location. Its occurrence and movement in various litho-units underlying the State are mainly controlled by the physiographic, geological setting and structural features.

The availability of groundwater varies considerably from place to place depending on the factors such as prevailing climatic, geomorphological and hydrogeological conditions.

Even though about 88 percent of the total geographical area of the State is underlain by crystalline rocks with limited groundwater prospects, the majority of households depend groundwater for their drinking and domestic water needs.

The litho-unit which carry groundwater in extractable quantity is termed as ‘aquifer’. The major aquifers in the state are shown in the map.

Judicious and planned development of groundwater and its scientific management have become necessary to ensure its long-term sustainability. 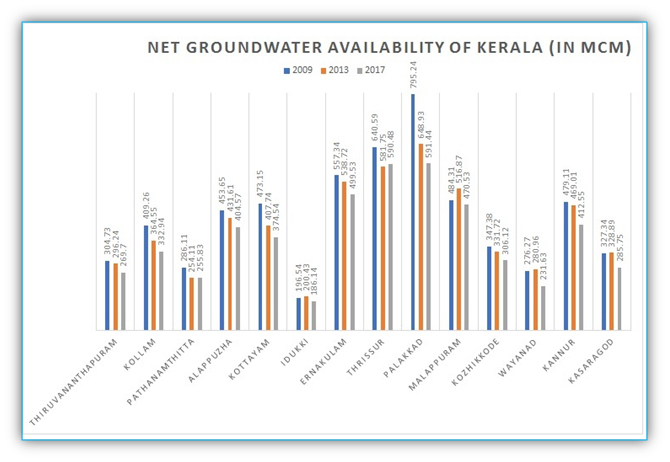 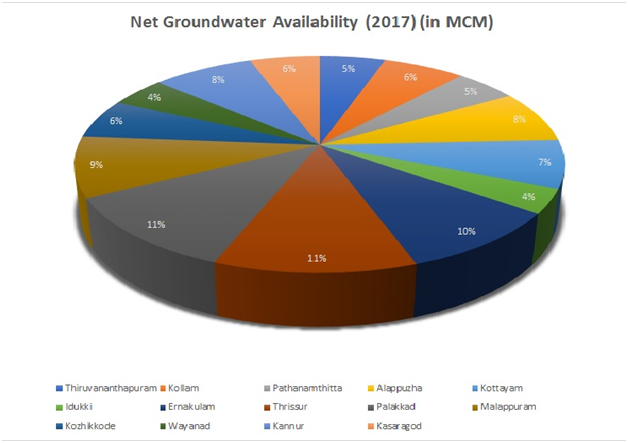